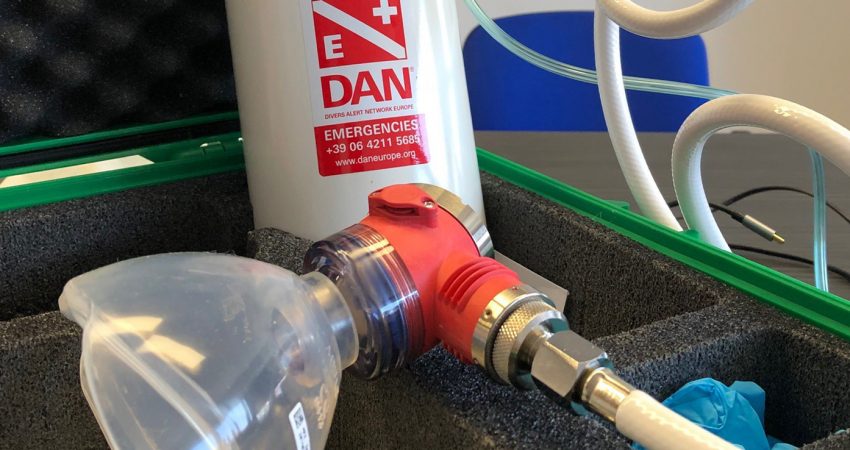 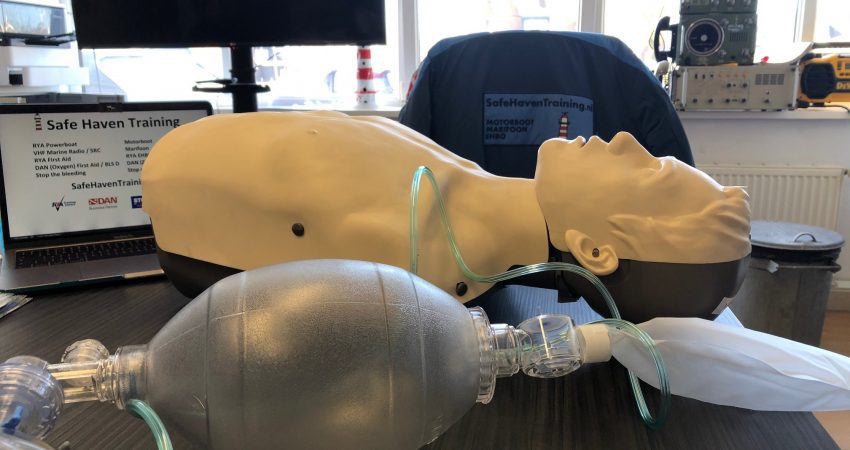 The DAN Advanced Oxygen First Aid for Scuba Diving Injuries (“DAN Advanced Oxygen Provider”) programme is designed to teach the skills and knowledge needed to supplement Basic Life Support (BLS) and Cardiopulmonary Resuscitation (CPR) skills with resuscitation techniques to assist any diver who is not breathing. The course is divided into two parts: The use of the Manual Triggered Ventilator (MTV, also known as Resuscitation valve) and the use of the Bag Valve Mask (BVM). According to local laws and regulations, providers will be trained in the use of the MTV only or in the use of both MTV and BVM.

Learning Objectives
At the end of this programme, participants will be able to:

The nature and scope of this course is limited to training Oxygen Providers to provide first aid, using the MTV and/or the BVM for non-breathing injured divers.
This course does not provide complete training for cardiopulmonary resuscitation (CPR).